This building, which will be located in Muelle Prat, seeks to be a space that groups different activities around the diffusion and experimentation of port activity in Buenos Aires. Once operational, it will form part of a network that includes other assets of this type in various ports around the world.

The first Port Center in Latin America will be located in Valparaíso and will be a space for the community to discover, experience and better understand port and logistics activity, and its relationship with the city.

The announcement was made by Puerto Valparaíso, in an instance in which the mayor of Valparaíso, Jorge Sharp; the president of the Board of Directors of EPV, Luis Eduardo Escobar, the general manager of EPV, Franco Gandolfo, as well as other authorities and nearly 90 invited representatives of the different vocations of the city.

Regarding the implementation of this center for the diffusion of port activity, the president of the EPV board of directors, Luis Eduardo Escobar, pointed out that "we have been working to identify projects that came from Valparaíso Dialoga, that help the city and its citizens to integrate better with what happens in the port and, in turn, projects in which the port can also explain what its activity consists of”.

“The Port Centers have exactly this objective, to explain to people what it is about, how a port works, how it plans and talks about its development, and how it is linked to the city. At the same time, it will offer spaces that tell the story of Valparaíso and that allow citizens to carry out activities within the same building”.

For his part, the mayor of Valparaíso, Jorge Sharp, stressed that "it is an initiative that goes in the right direction to articulate the port with the city in a much better way."

“It is one of the many initiatives in which we have been working together with the Port Company and we are glad that it is beginning to take shape and follow the example of large ports in the world that constitute their Port Center as a place that can be museums. interactive where girls, boys and young people can understand how port activity works, a meeting place, recreation, commerce and tourism”.

"It is an investment that we hope will materialize as soon as possible in the Prat Dock and that it can continue to unite the port and the city."

Project that marks a milestone in the industry

On the occasion, a presentation was also made by José Manuel Pagés, director of the 2030 Agenda of the International Association of Port Cities - AIVP, on what it means to have a building of this type and the role that AIVP plays in this project, which was complemented by the exhibition of the experience of the Port Authority of Bilbao, in the hands of Itziar Sabas García-Borreguero and that of the Port Authority of Algeciras, represented by Juan Antonio Patrón.

Regarding this, José Manuel Pagés referred to the fact that "the mission of the AIVP is to share practices and above all to build new projects based on experiences that already exist throughout the world, fortunately Port Center has existed for more than 30 years in different ports and cities around the world, and our mission is to deliver and share the experience and this knowledge to help make the development of the project as sustainable as possible and that it comes to fruition”.

“For Valparaíso it is a very important project, it is the first to be developed in Latin America and it is a continuation of the Valparaíso Dialoga project because it solidifies and crystallizes it, and above all it allows for a point of reference for the entire community where what is explained is explained. It happens in the port. That is the great contribution because for many it remains unknown and what the Port Center intends to explain is the complexity of what a port is and to continue this dialogue that began two years ago and that helps to have a relationship between port and city citizens. sustainable".

The initiative will be located in the so-called building 95 located in Muelle Prat, a 3-story, 320-square-meter building, which would house a permanent and itinerant exhibition of all that is port and logistics activity and how it is related to the city, at a local, regional and national scale, with dynamic and functional spaces that will be used for various activities and to develop instances of dialogue, training, a conference room and an auditorium. Also on the first floor, at the level of the Muelle Prat esplanade, it is considered a commercial use and on the top floor there is a space for a viewing terrace with a privileged view of the bay and the terminals of the port of Valparaíso.

According to the schedule, it will be during 2024 when the works begin, after the completion of relevant milestones such as the review and obtaining of permits, bidding for works, among others. 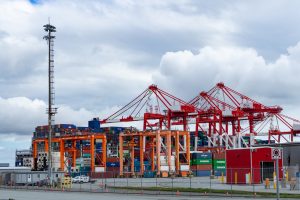 Date: January 26 The Asian giant is leading the world in terms of existing numbers of smart ports with many automated port projects in 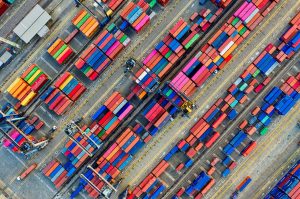 Date: January 23 The Ministry of Foreign Trade and Tourism (Mincetur) highlighted that 77 micro, small and medium-sized exporting companies (MSMEs) that participate in